A downloadable game for Windows

Beam Down Drone is a Action Combat Platformer which pits a drone against hordes of monsters and bosses on an alien planet - mere pebbles in its ceaseless, instinctual drive to recover it's crashed mothership. With a bolstering arsenal of weapons, powers, and abilities to decimate the blotches in it's path, only time will tell when the drone is reunited with it's home…

If it dares face the horrors ahead.


A ship crashes on an alien planet, partially breaking up in the atmosphere. A recovery drone is deployed during the crash as a last hope for salvation - on activation, both the pod and the drone immediately start to explore the foreign world and search for their downed mothership. Too bad a few things were damaged in the crash...
You Think

The main element to Beam Down Drone is Running-n-Gunning: you must weave and dodge enemy attacks coming from every direction to survive. Different gun types, abilities, upgrades and powers are vital to staying in action as the difficulty ramps up and new hostiles are introduced. Each boss has unique patterns and strategies that provide for a challenging engagement every time - hoards of enemies, projectile explosives, enormous searing lasers, and more.

With fast paced action and strategy, an interesting narrative, a slightly sarcastic AI, dozens of combinations of abilities, weapons, upgrades guns, and 15+ levels to explore, Beam Down Drone is a game any action, shooter or platforming fan should check out.

In order to download this game you must purchase it at or above the minimum price of $1.99 USD. You will get access to the following files:

I won this game in a Reddit giveaway and played it for the first time today.I quite like it!It's simple,has good soundtrack and the graphics don't make your eyes bleed.Now the bad things are that in fullscreen mode on a 1280x1024 monitor the text from the cutscenes,if that's the correct word for what's in this game,doesn't fit in the screen.The voice-acting could be better as well as the audio quality on the talking.The gameplay is pretty fun,it won't make you play for hours but it's a 2 dollar game so that's expected,the rifle you get in the beginning feels nice and the enemies can take you down if you don't move fas enough.It's worth paying for,even tough I didn't have too.

A game that blends so many flavors into itself; flavors that can't be missed.

Presentation: At first glance the opening screens of Beam Down Drone were pretty uninspired, but serviceable. The pause menu, as well as the intro menu screen, were very basic, and not memorable. If you are looking to be wooed into this game by an intro sequence and charismatic intro menu screens, look elsewhere. You will find everything you need to find, but nothing more. 5/10

Audio: Thankfully after you get over the disappointment of the menus, you might find yourself being won over by the fun soundtrack playing from the menu. Overall the songs found in the game are catchy and sound appropriate to the tone of the game. While you are slaying monsters and beasts in game, you have the heart-pounding track that makes you feel alone, and against all odds or hope. 8/10

Gameplay: After going through the story scenes you are thrust into this wild unknown world, and told to recover a lost ship. You are an android soldier, who's sole purpose is to blast its way through harsh environments to get there. The story is good for what the creator of this game had to work with story-wise, and will keep you feeling like an underdog android badass until the next dose. There are a couple weapons that you can access from the first level, all of which do around the same DPS after you factor DMG vs ROF. They fit nicely, but the random weapons lying around doesn't get properly explained as to how they got there. This is not a big deal, so it is what it is. The weapons function well, and feel natural and comfortable, as do the abilities and movement. It all felt balanced enough.

The enemies attacks in Beam Down Drone are a little on the slow side, but when the chaos turns up, and you are fighting off 5+ enemies in a small room at the bottom of a ladder, you frantically jump over their attacks and projectiles, trigger your abilities, and fire accurately simultaneously, and it all works very well. I also enjoyed how the game slowly turns up the heat at a forgiving pace, and punishes you moments after you feel that the enemies are pushovers.

The game at its core is a platforming 3rd person shooter. It is somewhere in between Contra and Terraria in its combat and art styles, punishing, pure, and pixelated. The monsters design was pretty standard, and without any real frills or innovation, but were a good assortment you might find on an earth-like biome. With dinos, bees that shoot lasers out of their butts, blobs, rhinos, and more, you can't help but laugh and smile at the choices here. The gameplay is a solid 9.0 for the things it does right, but I couldn't help feeling that some sort of basic crafting system could be implemented to add some variance to the weapons and your health and armor and stuff. I think many things (map, ability to save and edit controls, etc) could be added to increase the score, but I applaud what it does, and don't really think it needs anything. 9/10

Replayability: I admit I didn't stick with it very long, but have definitely picked it up and enjoyed the experience multiple times. I felt that its lack of dedicated save points really hurt its experience. I wanted to save, go about my busy day, and come back to pick up right where I left off. The fact that this was not in the game, really hurt its replayability for me. I would definitely be open to changing my scores in certain areas if this were added. 6.5/10

Conclusion: I liked what Beam Down Drone brings to the table and defnitely feel it is worth the time spent. You might enjoy the subtle influences from various games and pop culture that lurk beneath the design and story choices, and feel yourself loving this game all the more. The voice actor in the game is also interesting and likeable, and seems to do a good job during the story segments. Overall, I enjoyed my time with Beam Down Drone, and I think it is certainly worth the $1.99. Send the dev some love and leave a rating too. 7/10

Beam Down Drone is as fast and challenging run and gun game that provides retro like entertainment at a very reasonable price.

Visual: The style is reminiscent of old NES games which works to bring functional art pieces that all fit together into an appealing cohesive mesh of fun and beauty.

Gameplay: I'll leave the running and gunning part of the game alone as its fairly self-explanatory to anyone who has played a game of the genre.

The enemy AI is a bit disappointing as they're rather dumb in their attacks as they will get into an attack animation and be 'stuck' for a second or two which makes a small number of enemies attacking you a trivial matter as you have plenty of time side step the attacks. However, the player shouldn't become too complaisant with this as large packs of enemies can quickly overburden the player and lead to their untimely demise.

Also speaking of AI there is a snappy communications AI that communicates with you as progress through the game providing humor through sarcastic remarks.

Weapons: Ranging from a powerful Rocket Launcher type weapon to a rapid firing SMG the game has a large selection of weapons to find throughout the game. Each of the guns has its own characteristics with varying stats making each one unique. I personally liked the heavy hitting splash damage of the launcher weapon.

Conclusion: Overall I found Beam Down Drone to be a fun and engaging game which brings the player entertainment for an hour or two. It does have some deficiencies but these can easily be overcome with future updates.

I've reviewed your game. I don't want to put off as being rude, and I hope I've done my best to constructively criticize. http://itchpressreviews.blogspot.com/2016/07/beam-...

Here are some extra notes about what I've noticed about your game (if they help):

Good job, Bud. :) Correct me on anything if need be. 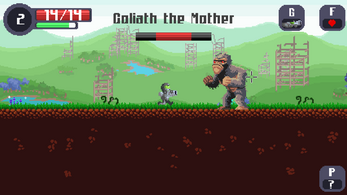 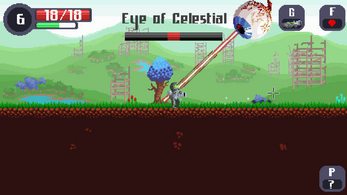 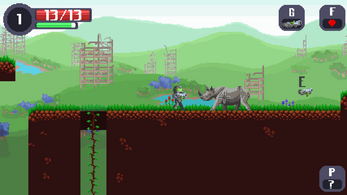 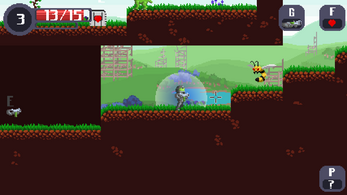 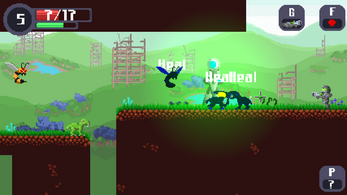 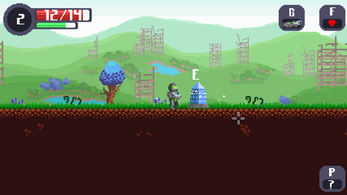